Reflections on life and the Casino

Well well.... It’s been a while since I posted but despite that I've still been closely watching (and occasionally trading) AIM shares. It’s just that the reality of starting a very demanding job together with a close family bereavement have left my free time severely compromised. And the free time that has been available has been spent considering and doing the things that really matter in life. It’s an important, if difficult, lesson to be reminded of. It’s so easy to spend day after day watching the markets with angst, moaning about this and that - the games of the mm’s, the delays and broken promises, the BB morons. But the reality is that life is here one moment and gone the next and so my reflection on this is never to take for granted a single moment of it. Watch and play the casino that is AIM by all means, but we must try to avoid spending time glued to a screen when there is a real life to enjoy passing us by.

That said, AIM Oil and Gas is my hobby and so without overdoing the life lesson I thought I would recap the last couple of months. In particular a message about emotional attachment....

I’m as "long" as you can be on Xcite energy, you should know that by now. I wrote about waiting and the value I see several times. Of course I also realise the market currently has no interest at all in anything that requires value to be built over the medium term and therefore the market thinks there is no value in Xcite. There is just too much waiting around for anyone still in AIM after the last few years to take any future value seriously at the moment. The market wants sellers at the moment. But huge 2P reserves proven to flow commercially and a host of other incredible benefits thrown in for free and yet Xcite are valued at less than they were before they had proven their technical ability is bonkers. That’s a really disconnected price but it’s fair enough I guess for now. If the company can’t demonstrate how they can afford to get the oil out of the ground, and no one else is demonstrating that they will help them do it yet, then it’s fair enough that it’s valued at what people will pay – around 65p-70p at the moment seemingly

The recent news of the collaboration with Shell and Statoil is quite frankly in my opinion nothing short of incredible. Two massive majors working with a tiny minnow exploring an approach to what will be a huge and financially significant project and prize. I’m hoping very much that Xcite now go all the way to production as the income that this would throw off and the potential for them to grow into a major valued in the billions is real in my mind. That would be a great outcome for a "few" years patience. What a pension pot?!

That said, the last few months have been dismal. To alleviate the boredom I went back to trading the shares I hold. This has generally involved selling my holding early in the morning (when it always seems to rise slightly) and then setting a limit buy later in the day for a few pence less. Typically this has been filled, meaning I have had very few mornings out of Xcite in case of 7am news. And even if I have, with the ongoing down trend the opportunity is still there to rejoin the party a few days later. Its small money, but I've ploughed each gain back into more Xcite shares thus reducing my average to somewhere under 75p.

The AGM doesn't look like it will produce any news in the morning and in which case I suspect the price will fall back into the 70’s or lower depending on how long the wait continues. I don’t really care, I intend to hold, trade and build my Xcite holdings for as long as it takes until they lay out exactly how the oil will flow and then I will hold for the end game.

What else have I been watching and trading?

Well I bought some more Fox Marble (FOX) as a hold into the second half of this year. They are currently constructing a processing factory for their marble quarries and look to be potentially capable of turning a massive amount of marble into a cash cow. But they still need to demonstrate their sales are coming in so it’s moderately to high risk in my opinion. DYOR.

I bought a load more shares in Bowleven at 31.5p and have recently taken some of that profit at 36p, mostly bought back in again though as the eventual EEAA news will see a big spike IMO. But it’s another painful wait.

I nearly bought back into Blinkx having traded it a few times in the past but not recently and the falls and shorting and Gotham report just leave me speechless to be honest. How this can be allowed to carry on as part of a “free market” I just don’t understand. It’s hardly a free market when a concerted attack on a share, whether for good reasons or not, can be allowed to carry on and wipe out hundreds of millions of pounds of investors money. That’s not free, that’s controlled IMO. Disgraceful. But the share price hasn’t recovered leaving me wondering if there is more truth than one might initially have suspected and so I am wary of further revelations or lost relationships or deals for Blinkx. That said I might dip my toe in if it falls into the 50’s.

I like the look of Ithaca for a hold to 2015 and the Stella development coming to fruition. The recent price has been hit by a modest delay but to be honest that doesn't really make a huge difference to the eventual value and I would think Ithaca could be on the radar of a predator at some point.

That’s all for now though. I’m enjoying having no emotional attachment to Xcite at all and trading it whenever I feel like it, whilst remaining completely loyal to the end game and long climb to fair value that will come one day I'm sure. I’m sitting tight on my Bowleven and waiting for Cameroon officials to pull their finger out. And I’m stake building in Fox. A few on the watch list and some cash in the bank awaiting the next market drama when a perfectly good share will no doubt get hammered on not a lot of bad news and then correct itself over the coming days/weeks.

But the lesson that matters

That's all and best of luck in whatever strategy you are following. To be honest the AIM market is sick as a parrot at the moment and making any money is incredibly hard. The only money in AIM should be money you can afford to lose. But as I started this post there are many other things which in my opinion bring real value, happiness and meaning to life – I've learnt that lesson again recently and I dedicate this blog to Peter who was an incredible inspiration to everyone who met him. He certainly wouldn't have spent any time staring at a screen - he was simply too busy out and about enjoying life and making other people's lives better for his knowing them. Something to reflect on during tomorrow's inevitable moaning about Xcite's AGM news, or lack of it....?
Posted by Pronkster 10 comments: 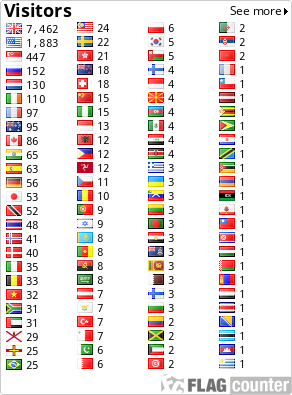